That night Jacob got up and took his two wives, his two maidservants and his eleven sons and crossed the ford of the Jabbok.  After he had sent them across the stream, he sent over all his possessions.  So Jacob was left alone, and a man wrestled with him till daybreak.  When the man saw that he could not overpower him, he touched the socket of Jacob’s hip so that his hip was wrenched as he wrestled with the man.  Then the man said, “Let me go, for it is daybreak.”

But Jacob replied, “I will not let you go unless you bless me.”

The man asked him, “What is your name?”

Then the man said, “Your name will no longer be Jacob, but Israel, because you have struggled with God and with men and have overcome.”

But he replied, “Why do you ask my name?”  Then he blessed him there.

So Jacob called the place Peniel, saying, “It is because I saw God face to face, and yet my life was spared.”

The sun rose above him as he passed Peniel, and he was limping because of his hip.  Therefore to this day the Israelites do not eat the tendon attached to the socket of the hip, because the socket of Jacob’s hip was touched near the tendon.

Jacob didn’t always know God.  He knew of him.  But he didn’t know him.

In Genesis 27:20, Jacob refers to the LORD as Isaac’s God, he had not made God his own.  He had not had a personal connection with Him.  In Genesis 32, you see Jacob’s change.  Jacob had struggled all his life, first with his brother Esau, then with Laban, now Jacob realized it was with God that he would “wrestle”.  Jacob’s persistence was rewarded with a blessing.

Did that mean Jacob stopped wrestling with God?  No, by the end of Genesis 33 we find Jacob lingering near Shechem instead of being obedient by going to Bethel (exit mention of God).  Genesis 34 records the trouble (to put it mildly) for him and his family.  It is in chapter 35 of Genesis that we see Jacob repenting, and God assuring him again of his blessings.

And there are people who can’t relate to the Old Testament?  Seriously?

I seem to find myself back there a lot.

At some time during our lives we all “wrestle” in deciding to make God ours or not.

Then, you wrestle, even when you’re not aware of it, well, at least I try to tell myself that anyway.

I’ve been wrestling the feeling for weeks that Jesus has asked me to call my father.

I want you to call your father and tell him you are moving.

Do you think he really cares where I am?  He will just reject me again.

How about I send him a letter?  You know, that way I’m reaching out, but I won’t have to listen to him tell me again it’s ‘my fault’ that he doesn’t call me.

Look, I found some things that were Mom’s, maybe I should send them to him?  How about that?

That would be nice.  You know, though, the loving thing would be to call him, tell him you are moving.  The only contact number he has for you will disappear once you move.

Well, it’s not like he calls me.  You know what he thinks, and how he feels about calling me, he doesn’t.  It has been years since he has called me, and that was only because someone had died, and then it was after the fact.  I’ll call him after I send the things with a letter.  You know break the ice.

Lord, things are happening so quickly.  I sometimes can’t believe we are moving.  There are so many things to do.

I thought you were going to send something to your Dad?

Well, I was going to, you know, but been really busy getting everything ready for the move, and well, I didn’t have time to sit down and put my thoughts together clearly.

Didn’t have time, or make time?

Um, well, yeah, make time.  You know, I really need to call Aunt Jean and tell her we are moving.  I haven’t talked to her for a while.  I need to call her.    Why can’t I find her phone number though?  Oh, bother.  Now I can’t tell Jean.  She will wonder about me.  I wonder how she is doing; now I won’t know.

Your father will.  Call him.

Lord, our quiet time is different here.  I’m trying to get in the rhythm of finding the place where we sit and spend our time together.  I’ve been missing the windows where I’d look up in the trees.

I know that Lord.  It’s just the busyness of activity has subsided for a while.  Now I’m thinking and feeling something unfinished.  I’ve talked to both Mom’s brothers since we’ve moved, but I still can’t find Jean’s information.

You know who has is.

I know, but I have a migraine today, I can’t call him.  My mind won’t be sharp.

Do you trust me?

Please don’t ask me that today.

Lord, about that aching in my shoulder, you know, that one, it’s really bothering me today.  It bothered me enough that when I woke up, I was reminded of the days in therapy after the surgery; and stretched my arm over my head and felt the tightness across my back, in my shoulder, down my arm.  Yesterday a migraine, today aches.  Is it the rain, or are you trying to get me attention?  What’s on the agenda today?

You know what it is.  You’ve known all along.

I know.  I know Lord.  I can be so stubborn.  I keep finding reasons to put off being obedient to what you are asking me to do.  Please, please forgive me.  It is just that fear again.  Fear to hear the rejection, again.

Yes.  Oh.  Oh.  That’s something that you hear all.the.time.

Oh, oh, and you’ve been hearing it from me when I’ve not been obedient to what I know you’ve been asking me to do…….I’m so sorry Lord…. Please forgive me……Help me to be obedient.  I will do what you are asking me regardless of the outcome, or how it may make me feel……I trust you.

I was smiling to myself the whole time, because even when I knew I had doubted and didn’t trust Him with what now seemed such a little matter, I was forgiven, it was forgotten and I was loved.  Being obedient has its blessings.

And we know that in all things God works for the good of those who love him, who have been called according to his purpose.  For those God foreknew he also predestined to be conformed to the likeness of his Son, that he might be the firstborn among many brothers.  And those he predestined, he also called; those he called, he also justified, those he justified, he also glorified.

What, then, shall we say in response to this?  If God is for us, who can be against us?  He who did not spare his own Son, but gave him up for the all – how will he not also, along with him, graciously give us all things?  Who will bring any charge against those whom God has chosen?  It is God who justifies.  Who is he that condemns?  Christ Jesus, who died – more than that, who was raised to life – is at the right hand of God and is also interceding for us.  Who shall separate us from the love of Christ?  Shall trouble or hardship or persecution or famine or nakedness or danger or sword?  As it is written:

“For your sake we face death all day long; we are considered as sheep to be slaughtered.”

No, in all these things we are more than conquerors through him who loved us.  For I am convinced that neither death nor life, neither angels nor demons, nether the present nor the future, nor any powers, neither height nor depth, nor anything else in all creation, will be able to separate us from the love of God that is in Christ Jesus our Lord.

Update:   I decided to look again in all the places that I thought I had put my Aunt’s contact information.  I found it the first place I went to.  There it was all along, and I wasn’t seeing it before now.  Well, what do you know, what do you know.

8 thoughts on “Wrestling will make you ache….” 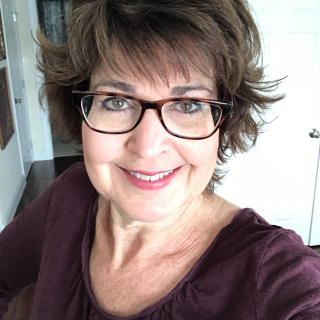 Sensitive. Ha! Well, that can have its up and downs depending on what one is doing now can't it?! Seriously, though, I enjoy painting in watercolors, my family, and my rescue tabbies. In all I do, I try to point myself back to what matters most, the love and saving redemption of Jesus. If you like, you can visit my blog page for my watercolors, or my blog ramblings. :)